Who Are We? » Robert A. Millikan

Robert Andrews Millikan was born on the 22nd of March, 1868, in Morrison, Ill. (U.S.A.), as the second son of the Reverend Silas Franklin Millikan and Mary Jane Andrews. His grandparents were of the Old New England stock which had come to America before 1750, and were pioneer settlers in the Middle West. He led a rural existence in childhood, attending the Maquoketa High School (Iowa). After working for a short time as a court reporter, he entered Oberlin College (Ohio) in 1886. During his undergraduate course his favourite subjects were Greek and mathematics; but after his graduation in 1891 he took, for two years, a teaching post in elementary physics. It was during this period that he developed his interest in the subject in which he was later to excel. In 1893, after obtaining his mastership in physics, he was appointed Fellow in Physics at Columbia University. He afterwards received his Ph.D. (1895) for research on the polarization of light emitted by incandescent surfaces - using for this purpose molten gold and silver at the U.S. Mint.

As a scientist, Millikan made numerous momentous discoveries, chiefly in the fields of electricity, optics, and molecular physics. His earliest major success was the accurate determination of the charge carried by an electron, using the elegant "falling-drop method"; he also proved that this quantity was a constant for all electrons (1910), thus demonstrating the atomic structure of electricity. Next, he verified experimentally Einstein's all-important photoelectric equation, and made the first direct photoelectric determination of Planck's constant h (1912-1915). In addition his studies of the Brownian movements in gases put an end to all opposition to the atomic and kinetic theories of matter. During 1920-1923, Millikan occupied himself with work concerning the hot-spark spectroscopy of the elements (which explored the region of the spectrum between the ultraviolet and X-radiation), thereby extending the ultraviolet spectrum downwards far beyond the then known limit. The discovery of his law of motion of a particle falling towards the earth after entering the earth's atmosphere, together with his other investigations on electrical phenomena, ultimately led him to his significant studies of cosmic radiation (particularly with ionization chambers).

Throughout his life Millikan remained a prolific author, making numerous contributions to scientific journals. He was not only a foremost scientist, but his religious and philosophic nature was evident from his lectures on the reconciliation of science and religion, and from his books: Science and Life(1924); Evolution in Science and Religion (1927); Science and the New Civilization (1930); Time, Matter, and Values (1932). Shortly before his death he published Electrons (+ and –), Protons, Photons, Neutrons, Mesotrons, and Cosmic Rays (1947; another rev. ed. of The Electron, previously mentioned,) and his Autobiography(1950).

During World War I, Millikan was Vice-Chairman of the National Research Council, playing a major part in developing anti-submarine and meteorological devices. In 1921, he was appointed Director of the Norman Bridge Laboratory of Physics at the California Institute of Technology, Pasadena; he was also made Chairman of the Executive Council of that institute. In 1946 he retired from this post. Professor Millikan has been President of the American Physical Society, Vice-President of the American Association for the Advancement of Science, and was the American member of the Committee on Intellectual Cooperation of the League of Nations, and the American representative at the International Congress of Physics, known as the Solvay Congress, at Brussels in 1921. He held honorary doctor's degrees of some twenty-five universities, and was a member or honorary member of many learned institutions in his country and abroad. He has been the recipient of the Comstock Prize of the National Academy of Sciences, of the Edison Medal of the American Institute of Electrical Engineers, of the Hughes Medal of the Royal Society of Great Britain, and of the Nobel Prize for Physics 1923. He was also made Commander of the Legion of Honour, and received the Chinese Order of Jade.

Millikan was an enthusiastic tennis player, and golf was also one of his recreations. 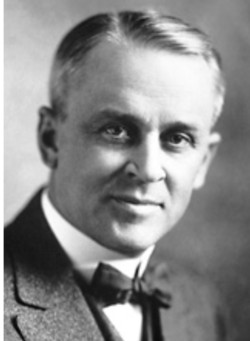