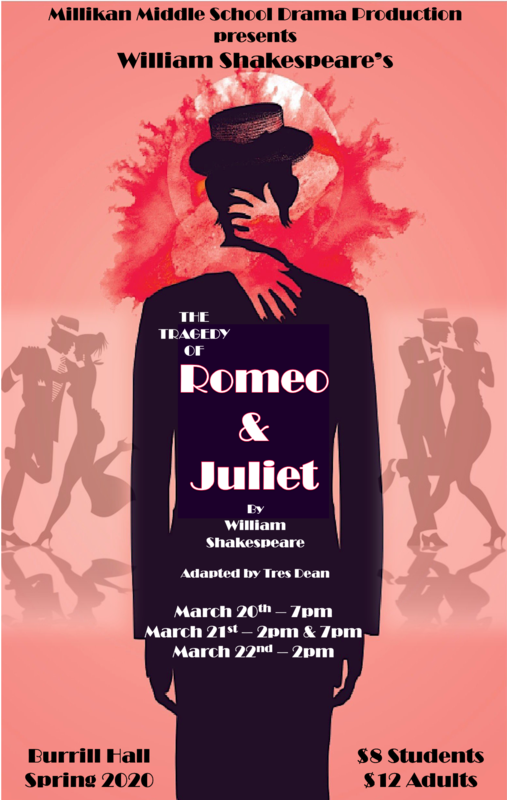 Admission: $12 General Admission / $8 Students TICKETS ARE ON SALE IN THE STUDENT STORE

THE TRAGEDY of ROMEO & JULIET

Admission: $12 General Admission / $8 Students TICKETS ARE ON SALE IN THE STUDENT STORE

Amidst the backdrop of 1920’s New York and the age of jazz, an age-old vendetta between two powerful families erupts into bloodshed. A young lovesick Romeo Montague falls instantly in love with Juliet Capulet, who is due to marry a man of her father’s choosing. The two “star-crossed lovers” marry in secret, which then leads to a series of ill-fated events that ultimately bring a cursed end to the most tragic love story ever told.